28
Oct
As more palm oil companies are held accountable for deforestation in Indonesia, a growing number are hiring local communities to do their dirty work.
This news article was originally published here:
http://news.mongabay.com/2014/1004-lbell-small-palm-oil.html#5sGWIUg88jJZSv7t.99

According to the Oil Palm Farmers Union (SPKS), companies promise to buy mature fruits at attractive rates from smallholders and local villages who agree to clear and plant in protected forest areas. Through these agreements, companies distance themselves from the process, leaving the locals to bear responsibility for the destruction.Mansuetus Darto, National Coordinator of SPKS, says the deals often involve local officials, who encourage law enforcement to look the other way.

“However, if law enforcement is not complicit,” Darto said, when action is taken, “the palm oil companies are able to ‘dump the body,’ while the community members who entered the agreement are the ones who go to jail. This is happening throughout Indonesia.”

According to SPKS, some of the arrangements are favorable enough that communities have moved their entire villages into forest areas to raise oil palm. Two companies in the Gunung Leuser National Park area have been working the land for over a decade through community proxies, while additional operations have cleared protected forests in Mahato and Teso Milo, Riau.

Meanwhile, data from Friends of the Earth, Indonesia (Walhi) shows locals are also replacing their crop lands with oil palm. During 2011-2012, 60 percent of the strategic rice fields of North Sumatra were converted to palm oil and associated development. Walhi worries this conversion will result in food security issues in the region.

“We sincerely hope Jokowi-JK will pay attention to this issue,” said Kusnadi Oldani, Walhi’s North Sumatra director. He says the incoming administration must improve the oversight of palm oil production at all levels. In the past, the central government has largely chosen to pass regulatory responsibility off to regional and local governments.

The government must open their eyes and see how companies are using the locals, Kusnadi says. Currently, the government just arbitrarily accuses indigenous people of illegally occupying forests. Instead, they must try to understand the motives behind what is happening, and find ways to involve the community in protecting the land. 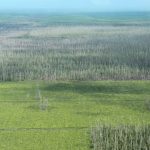 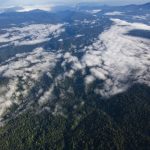 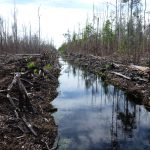